Virtualization is becoming very popular because of the numerous benefits it provides in the computer sector especially when it comes to servers.

Although, it has numerous benefits, it doesn’t change the fact that you need powerful hardware in a laptop just to run virtual machines.

Honestly, desktops are much more suited for virtualization than laptops because they have much better performance and are easily upgradeable.

A Unix based OS. Plenty of RAM. And a Powerful Processor. The Apple MacBook Pro is the best option for virtual box.

Workstations are great for running virtual machines because they have powerful processors and plenty of RAM. In this case, the HP ZBook Studio is one of them.

Affordable and easy to upgrade. You can turn the Lenovo ThinkPad X260 into a very powerful laptop.

A Unix based OS. Plenty of RAM. And a Powerful Processor. The Apple MacBook Pro is the best option for virtual box.

Workstations are great for running virtual machines because they have powerful processors and plenty of RAM. In this case, the HP ZBook Studio is one of them.

Affordable and easy to upgrade. You can turn the Lenovo ThinkPad X260 into a very powerful laptop.

Here Are The Best Laptops For Virtualization and Virtual Machines 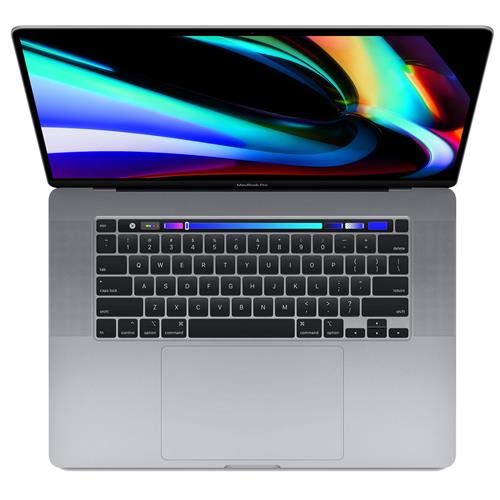 Buy On Adorama
Buy On BHPhotoVideo

The MacBook Pro is one of the best laptops for virtualization. It has everything in terms of performance and reliability. It is also lightweight and portable making it easy to carry around.

The display is a 16-inch Retina display which makes the screen vibrant and sharp. The display is bright but doesn’t have any touchscreen functionality to it.

The MacBook Pro is powered by an Intel Core i9 and 32GB of ram. The hardware is powerful enough for running virtual machines.

The MacBook Pro has four Thunderbolt 3 ports which you can use to connect to high-resolution monitors.

Battery life is also above average lasting 9-10 hours under normal usage something that is common in MacBook Pros.

To sum it all up, the MacBook Pro combines excellent performance and portability making it one of the best laptops for running virtual machines and vmware. 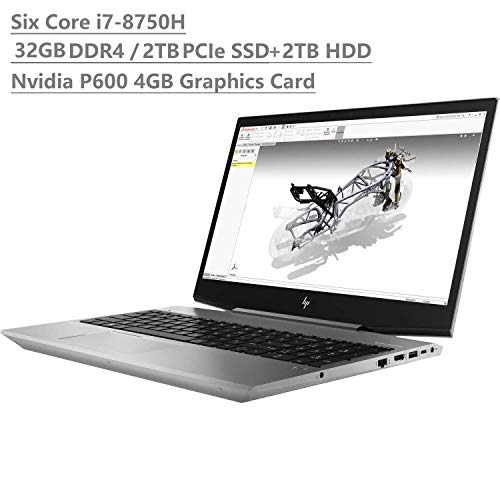 The HP ZBook Studio 15 is a solid laptop to run virtual machines. It practically meets all the requirements for virtualization.

Plenty of RAM and a powerful processor that can boost to high clock speeds. To more specific, an Intel Core i7 which is a high-performance processor.

The minimum amount of RAM need for virtual machines is 16GB. But, the HP ZBook Studio has 32GB RAM. Combined with its processor, you have enough computing power to run several virtual machines on it. Plus, it has a plenty of storage.

Talking about cases, the build quality is great, made from aluminium with a smooth black finish. The HP ZBook Studio is a beautiful laptop and looks premium. There is little to no flex on the body.

To sum it all up, the HP ZBook Studio is one of the best laptops for running virtual machines and virtualization because it has a lot of RAM, storage and the performance to do so. 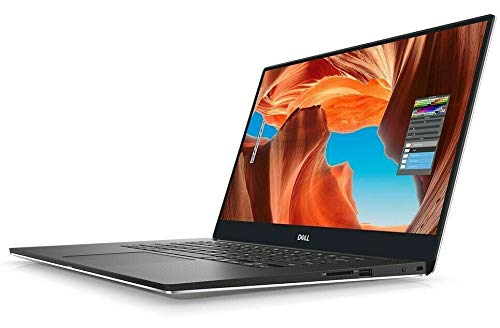 If you want the best Dell laptop for Virtualization. You are looking at it – The Dell XPS 15.

It is powered by an Intel Core i7, 32GB RAM and an NVIDIA GTX 1650. A powerful processor and plenty of RAM is more than enough to run IDEs and Virtual Machines (VMs) with ease.

Furthermore, hardware like this makes it future-proof. The i7 processor is a six-core high-performance CPU which will be useful for a long time. Plus, 32GB RAM means you won’t be upgrading for a long time.

When it comes to the display, you have a 15.6 inch 4k (3840 x 2160) display. What that means for you is that. It is bright, has great viewing angles and high colour accuracy and reproduction. Plus, you will be able to fit more applications on the screen when coding. In short, a beautiful display.

Unfortunately, such high-resolution displays eat into battery life. Don’t be mistaken. The battery life is still great though. But, would have been far longer if it has a Full HD display. It can last 8-9 hours under consistent use which is still above average.

Every programmer is concerned about the keyboard. The Dell XPS 15 doesn’t disappoint. It has the right about of tactile feedback, key spacing and travel.

There are a few things that stop the Dell XPS 15 from being the best laptop. First, it’s a pricey. This is understandable because of its 4K display, storage and RAM.

And finally, it runs hot. But this happens when you run very demanding loads like AAA title games.

Still, the Dell XPS 15 is one of the best laptops for virtualization and VMware. 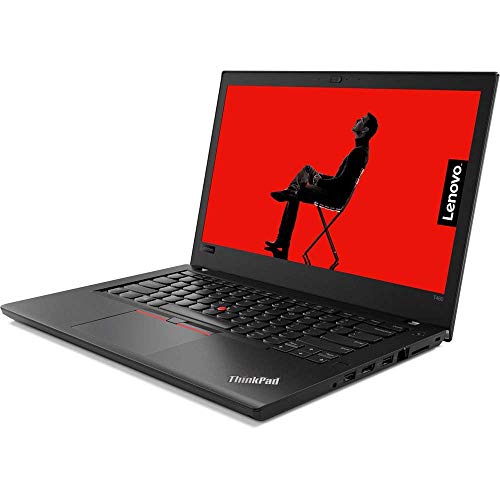 Built like a tank and a great keyboard. The only downside of the Lenovo ThinkPad T480 is the display. A 15.6-inch HD (1366 x 768) with a little below average brightness. The same for the colour accuracy and reproduction. Aside from that, this laptop is near perfect for running virtual machines.

The keyboard is great. It offers great typing experience which is something all ThinkPads provide. The tactile feedback and travel are just right. Build quality is solid. Strong enough to last generations. Plus, it weighs close to 4 pounds or 1.8 kg.

For the performance, this thing has been specced out to the MAX. An Intel Core i5, 32GB RAM and a 1TB SSD. Now, this kind of hardware tells you two things: our laptop is future-proof and multitasking won’t be a problem ever again. You can put your mind at ease in matters of computing performance.

Battery life is also excellent. You can use it continuously for 9-10 hours. You also have a Thunderbolt 3 port which allows you to hook-up it up to external monitors. 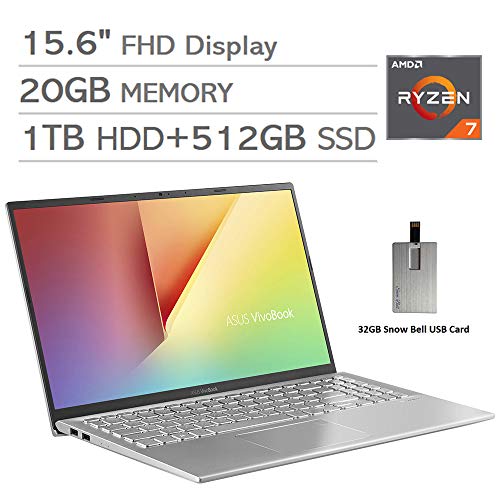 The ASUS VivoBook 15 is a solid budget laptop for data science and analysis. An AMD Ryzen 7, 20GB RAM and massive amount of storage. Enough performance to run a few virtual machines.

On top of that, the keyboard is backlit and provides a comfortable typing experience. It has the right amount of tactile feedback and travel.

The port selection is decent, a USB Type-C, USB 3.0 and USB 2.0. Talking about thin and light, the ASUS VivoBook weighs almost 4 pounds and it is just a little over an inch thick.

Battery life is also above average lasting 8-9 hours of normal usage. Even though, ASUS claims the display is colour rich in the specifications, it is really average.

The VivoBook sports a 15.6-inch Full HD (1920 x 1080) which has average colour accuracy and reproduction. Sharpness and brightness are decent.

Nevertheless, the ASUS VivoBook is a great laptop because of its affordable price and solid performance. 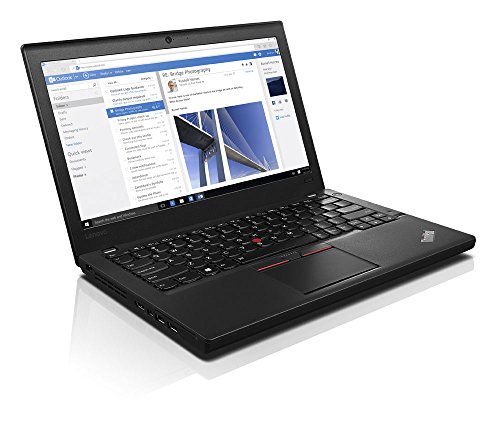 Most laptops that can handle virtualization can be very expensive. But, the Lenovo ThinkPad X260 is a great workstation especially if you are on a tight budget.

It is powered by an Intel Core i5 and 16GB RAM. It has decent performance for everyday tasks and running virtual machines. But, the biggest benefit is that you can easily upgrade it to a powerhouse without breaking the bank.

You can upgrade the RAM to 32 GB and the storage to a 1 TB SSD without costing so much. In running virtual machines, a powerful CPU and a large amount of RAM is what’s needed for smooth performance.

Basically, upgrading the ThinkPad allows you to achieve this at the lowest cost possible.

To sum it all up, the Lenovo ThinkPad X260 is a cheap workstation that can be easily upgraded allowing it to handle Virtual Box and other related virtualization software well. Highly-recommended.

Which Laptop Is Best For Virtualization and Virtual Machines

Here are a few things to know when getting the best laptop for virtualization and virtual machines.

Which Processor Is Best For Running Virtual Machines

Virtualization is very demanding on the CPU especially if you are running several virtual machines. There is also the purpose for which each virtual machine was created. Ideally, Intel i7 processors are the best. For AMD, you should go with Ryzen 7 laptops.

If you are on a budget. Intel Core i5s and AMD Ryzen 5 will suffice.

How Much RAM Do You need For Virtualization?

A virtual machine takes at least 4 GB of RAM depending on the task it’s given. If you plan on running several virtual machines on your laptop you need a minimum of 16 GB of RAM for everything to function properly.

The recommended amount of RAM is 32GB or higher.

How Much Storage Do You Need For Virtual Machines

Solid state drives are the best because they access data faster giving a huge performance boost compared to other types of storage. With SSDs you get faster loads times for VMs and data.

A hybrid drive is also a good option because they also provide faster load times but not as fast as SSDs. Only consider HDDs if you are on a serious budget. As soon as some cash comes in swap it for an SSD.

That’s it for the best recommended laptops for running virtual machines and virtualization.

As you have noticed, all the laptops have a lot of RAM, storage, and a powerful processor. These three are important in running virtual machines.

Architecture is a very demanding profession. In addition, you require a quite powerful machine to render your models. If you are having problems looking for the best laptop for architecture, here's our buyer's guide.
Read more
BUYER'S GUIDE

*Updated For Game development and design are what make it possible for people out there to...
Read more
BUYER'S GUIDE

*Updated For As an electrical engineering student or major, you need a powerful laptop because engineering...
Read more
BUYER'S GUIDE

*Updated For Depending on whether you want to animate in 2D or 3D, you need a capable laptop.
Read more
BUYER'S GUIDE

*Updated For Bookkeeping and data entry has evolved over the years. Back in the day, you needed actual...
Read more
BUYER'S GUIDE

*Updated For Runescape players were happy when Jagex announced OSRS and Runescape 3 mobile. Because of that, Runescape...
Read more