Playing games is obviously fun, and when it gets hard, the user can always switch to an easier mode and continue enjoying their game. However, the people who create these games don’t have the same luxury.

It starts as a concept, and gradually the game begins to take shape. Sounds easy, right? It’s not, as the developer has to create a game that’s fun, interactive, challenging, and has little to no issues.

Game developers need the right tools, which is why we’ve compiled this list of desktops suitable for game development. 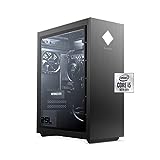 Is My Old Desktop Good Enough For Game Development?

It depends on a couple of factors. For example, what are the specs of your desktop? If it meets the recommended requirements for game development, you should be fine.

If the desktop only meets the minimum requirements, it should also work fine.

However, you don’t want to work with the minimum requirements due to speed issues. This is why you need a desktop that offers optimal performance.

What kind of games are you developing? Is it 2D games or 3D games? If it’s the former, your old desktop might work, but if it’s the latter, a more powerful machine will do.

If you’re an experienced game developer, get the best desktop for game development that you can get. Such a desktop will have a faster CPU, faster storage, and a faster GPU.

It’s a hefty investment, but it’s worth paying as you can probably use it for 7 or so years. Most of these desktops are upgradable; thus, you can update the different components as they become obsolete.

Speed matters a lot in game development as it saves you time with every interaction you have with your computer.

This means that even mundane tasks such as googling information become a little bit faster. Ultimately, speed translates to better performance and productivity.

However, you might want to seek alternatives such as building your PC or upgrading your old desktop to meet development requirements.

This PC might not have the flashy design that gamers like, but it packs some serious power. It comes with the Intel Core i9 processor with 8 cores, 1TB SSD + 2TB HDD storage, and 32GB RAM.

When put to the test the 875-1023 is almost three times as fast as any of its competitors. It can transfer files at speeds close to 1,700 MBps.

It also has the NVIDIA GeForce RTX 3080 and can play and develop almost any game you throw at it.

If you’re also a gamer, you can expect to enjoy your favorite games at their highest settings with no issues.

This machine is future-proof, and while the design could be better, it still looks good in your home/office. It’s a powerhouse that will run any demanding applications that you need for your game development.

Once you’re done developing your games, this HP Omen will run the games regardless of whether they’re graphics-heavy or not. It’s the perfect machine for your work.

The only issue is the cooling unit, as it will overheat when running demanding programs or graphics-intensive games. You’ll need to replace the cooling system to ensure it runs smoothly and quietly. 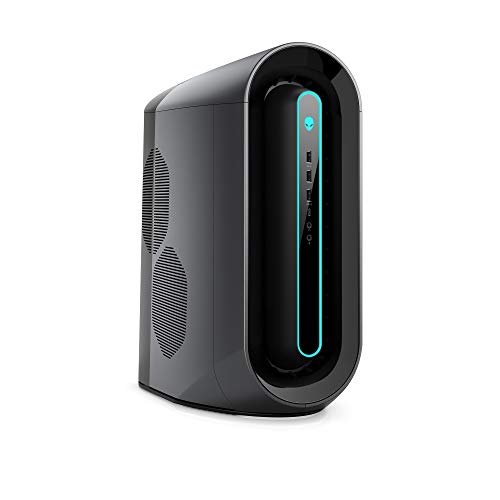 Alienware prioritizes high quality and customizable builds, but they come at a hefty price. All these features are evident in the Alienware Aurora R11, which packs some impressive power.

As mentioned earlier, Alienware PCs are expensive, and this is one of those cases where you have to decide whether it’s better to build or buy.

That said, the Aurora R11 comes with an RTX 2080 Super and Intel’s i9 processor.

However, its biggest selling point is it’s productivity when pitted against Vengeance and Obelisk.

It’s a machine that will definitely serve its purpose as it has arguably the best toolless access case and high-end performance parts.

The toolless access means that upgrading memory, GPU or CPU is easy to do. Overall, the best Dell desktop for game development. 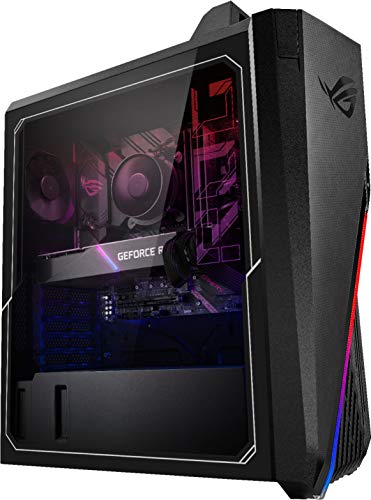 The Asus ROG G15CE has an impressive design as you’d expect from an Asus desktop. It has a handle at the top, which is said to support up to 30 kgs of weight.

The desktop is slim but still heavy as it weighs 24.30 lbs, which the handle can support with ease.

It’s the ideal machine for game developers who’re always on the move. It also has a retractable hook that you can use to support your headphone when not in use and declutter your space.

Aside from the impressive design, Asus G15CE features the Intel Core i7 processor with 8 cores. It also has an RTX 3070 graphics card, 16 GB RAM, 512GB SSD + 1TB HDD, and Flow-Tech ventilation.

When put to the test, it handles multitasking well and shows no signs of lagging. You can run your applications, YouTube, and games simultaneously, with little to no signs of slowing down.

To sum it all up, this is one of the best desktop for game development.

This Gamer Xtreme looks sturdy and has the ideal gamer look. It has nothing too impressive when it comes to specs, but then it’s a budget desktop for game development.

Although It’s marketed as a gaming desktop, it has a powerful processor, which translates to good performance even in daily tasks.

Users seeking a productivity desktop for game development can get the Gamer Xtreme.

Its single and multi-core speeds might not be the most impressive, but they will handle any task you throw at them.

The unit comes with 8GB DDR4 memory and 1 TB mechanical hard drive. This combination is more than sufficient for your game development needs.

If the memory and storage provided aren’t enough, you can always upgrade.

Overall, this Gamer Xtreme is arguably one of the best desktops for game development in the budget category. It handles productivity well without hesitation or lags even when multitasking.

At first glance, this desktop has a stylish and futuristic look that most gamers would appreciate. It features RGB lighting and good cable management.

It also has 16GB RAM and 500GB SSD storage, which are respectable specs considering the price.

It’s capable of handling modern PC games at 4K without any issues. If you’re into VR gaming, you’re in luck as it’s VR ready.

The Skytech Archangel would have been a good steal if it were cheaper. It’s priced around $1,000, which puts it in the budget-mid range.

Is it the best desktop for gaming in the $1000 range? Not really, as is the case with most prebuilds.

If you want decent performance and don’t want to go through the struggle of shopping for hardware and building, this would be a great choice.

Besides, you can’t build a rig as good as the manufacturer; their workmanship is better.

Is it worth buying? Definitely, it’s budget-favorable and upgradable if the specs don’t cut it for you. 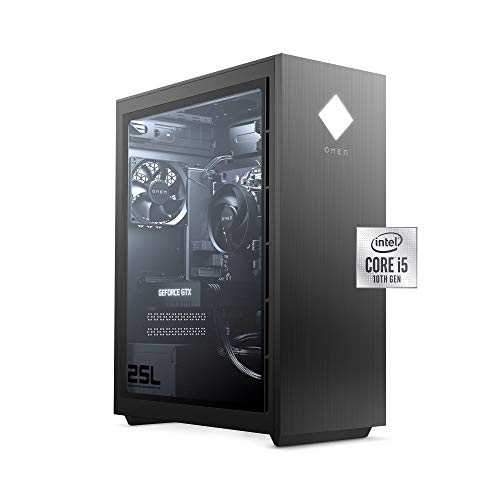 HP recently released Omen 25L and Omen 30L, which have become quite popular. They’re not what you’d expect from a gaming desktop as they don’t come with RGB lights and shiny tubes.

These two look classy with their sleek casing and understated branding.

You have so many customization options, be sure to utilize them. Of course, they’ll come at an extra cost but worth it as you’ll have a desktop that meets your specific requirements.

We’ve reviewed the best desktops for game development that we could find, but you need to know your requirements before getting that desktop that you’ve spotted.

If you don’t have the budget for a mid-high end desktop, you can invest in an upgradable desktop that has the right specs. Since it’s upgradable, you can upgrade the components as you deem fit.

Open-Back vs Closed-Back Headphones: Which is Better in 2023?

Are Laptops with SSD and HDD Combo Better in 2023?