There are so many members in the Lenovo ThinkPad family. And it’s sometimes difficult to tell the difference between them. In this case, it is comparing Lenovo ThinkPad T480s and the X1 Carbon. 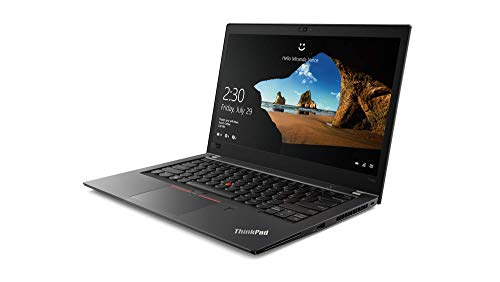 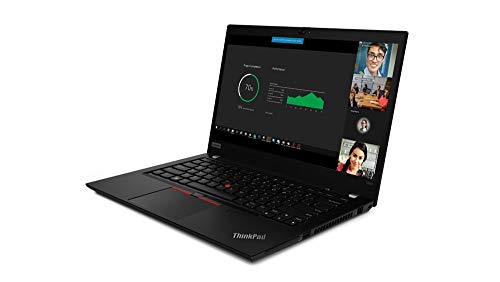 For hardware configurations. The Lenovo ThinkPad T480s offers a wide range of options. The T480s offers processors with up to Intel Core i7 with vPro, 24GB RAM and 512GB PCIe SSD.

There are two options for the display – Full HD and WQHD (2560 x 1600). Depending on your budget, you can either max out the configurations or go with the base models.

Once again, depending on your budget. You can either max out the configuration, find a middle ground or go with a base model.

Where it comes to telling the difference between a T480s and X1 Carbon is quite difficult. But, the most obvious tell is the fact that their names are written on the bottom-right corner of the display. Also, the X1 Carbons are thinner and lighter than the T480s. Let’s get into it.

The Lenovo ThinkPad T480s has a strong and durable chassis for a slim laptop. Talking about slim and light. It weighs 2.49 lbs (1.3kg) and it is 0.7 inches thick.

The chassis meets the requirements of the MIL-SPEC which tests it for reliability and durability. And for a plastic chassis to pass the test is impressive. Flex and warping are almost non-existent.

And this tells you how well-made the laptop is. Because most laptops with plastic bodies have quite a bit of flex. The whole laptop is made from black soft-touch plastic except for the bottom. The bottom is made from magnesium alloy which allows for better heat dissipation.

The ThinkPad logo is located at the top-left hand corner of the display and it’s white.

Overall, the design is simple, minimalistic and remains unchanged. Moreover, it looks similar to the X1 Carbon.

The Lenovo X1 Carbon is lighter and slimmer than the Lenovo ThinkPad T480s. You could say it is their lightest and slimmest laptop. It weighs 2.4 lbs (1.08 kg) and it’s almost half-an-inch thick. It is so light you can lift it with one hand. This makes it easy to carry around.

Also, for a thin and light laptop. The chassis is durable. Lenovo used a new chassis for the X1 Carbon and it meets MIL-STD certifications. Made from magnesium alloy and plastic with a soft touch look. There is no flex, warping and it will be able to withstand bumps.

The display hinges are firmer and the laptop overall is more compact. However, the design remains unchanged. All black design with the display lid that has a carbon fibre cover or a normal cover.

The ThinkPad logo is black and found at the top-left of the display corner. The dot on the “i” lights up when it’s turned on.

The business laptop also has one of the best connectivity amongst laptops. Two USB 3.1 ports, two USB-C (Two Thunderbolt 3 ports, one supports USB-C charging), HDMI and headphone/mic combo. Unfortunately, there is no SD card reader and Ethernet.

To be honest, there is no major difference between the designs. The T480s looks similar to the X1 Carbon. The obvious giveaways are the logo, build quality and form factor.

The RAM can also be upgraded. It has two RAM slots. However, one slot is soldered and it’s 8GB. This means you can get up to 24GB RAM. If you decide to put 16GB RAM in the other slot.

The battery can’t be removed and so makes it impossible to replace. The T480s makes use of a single fan and two heat pipes to keep the laptop cool. And it does a great job of doing so.

Keep in mind that, subjecting it to demanding tasks for long periods will let it run hot.

The Lenovo ThinkPad X1 Carbon disappoints when it comes to upgradeability. It is easy to open but once inside there is not much you can do. The RAM & Wi-Fi card is soldered.

That means you are stuck with whatever RAM the laptop comes with. Best to go with the maximum it offers if you want a future-proof device. The only upgradeable internal component there is the SSD.

The cooling system is different from the T480s. It has a single fan and a thick heat pipe. If you go with the max configuration. The Lenovo X1 Carbon will get hot and thermal throttle when you push it.

This is because of the thin chassis and the fact that the cooling can’t keep up with the Intel Core i7 CPU. Undervolting is highly required for it to stop running at high temperatures under heavy loads.

The Lenovo ThinkPad T480s has a less impressive display than the X1 Carbon. A 14-inch display that has options – Full HD (1920 x 1080) and WQHD (2560 x 1440). The Full HD display has average colour accuracy and colours won’t be as vibrant or have that popping effect.

The display is also dim and will be quite difficult to use outdoors. The good thing is that it is sharp and has good viewing angles. The display hinges are also reinforced and can be opened up to 180 degrees.

You also have an option of it being a touchscreen display. The WQHD is the better option overall. It is bright and has better colour accuracy. The viewing angles are also great. But, the better display comes at the cost of having less battery life.

Also, the display doesn’t have slim bezels. So it won’t look modern as other competitors with that feature.

The X1 Carbon has a better display. It is one of the best displays out there. A 14-inch display where you have the option to choose between a Full HD, WQHD and 4K (3840 x 2160). There is also an option for touchscreen.

The 4K display is the best out of the three. It bright, sharp, vivid and has above-average colour accuracy. Everything will look best on it. However, high-resolution displays hurt battery life.

The WQHD offers the best of both worlds. It has a high enough, colour accuracy and sharpness. In addition to that, it doesn’t drain so much battery power. Highly recommended to go with this resolution since it offers more value than the Full HD and 4K.

If you want, the best battery life. Then the Full HD is the best option. It is bright, sharp and has good colour accuracy and beats most display panels. However, the WQHD and 4K options come out on top.

Overall, the Lenovo ThinkPad X1 Carbon has a better display. It doesn’t matter if it is Full HD, WQHD or 4K. The X1 Carbon beats the T480s.

ThinkPads are known for their comfortable keyboards and good trackpad. Lenovo also maintains its eraser head pointing stick in the middle of the keyboard.

The T480s has a good amount of key travel and tactile feedback. Better than the X1 Carbon because it is thicker than it. The keys are also well-spaced and have sufficient size.

In addition to that, it is spill-resistant and backlit. The touchpad supports Windows 10 gestures. Overall, the keyboard and touchpad is good and gets the job done.

The Lenovo X1 Carbon has a shorter travel because it is thin. But, offers a more natural feeling. The tactile feedback is good, keys are well-spaced and have a decent size. The keyboard is backlit and has two levels of lightning.

The touchpad has Windows precision drivers and it is cover in the soft-touch coating. All in all, even though the X1 Carbon has shallower travel than the T480s it offers a more natural feeling keyboard.

Both will also handle demanding loads quite well up to a certain point. Past that point, both laptops will experience overheating and thermal throttle. Since the processor has to push itself which in turn gets hot.

And so has to drop its clocks or stop Turbo Boosting for temperatures to fall. Undervolting will at least allow the laptops to maintain Turbo Boost or high clock speeds for longer periods.

These are not gaming laptops. So a lot of games will be unplayable or run at low FPS. Casual games will be playable though. But, if you think they will be able to handle games. Then you are setting yourself up for a rude awakening.

On a side note, the Lenovo ThinkPad T480s will have a slight advantage that is if the configuration is the same. Because you can upgrade the RAM up to 24GB. Whereas, with the Lenovo ThinkPad X1 Carbon. You are stuck with whatever RAM you get because it is soldered.

It is a slight advantage and not a big deal though. Both will perform exceptionally well in everyday tasks.

Both laptops have amazing battery lives. The T480s can last 9-10 hours under consistent use. It also has rapid charge technology which can get it to 80 per cent capacity in one hour.

However, the battery life reduces if the display is higher than Full HD. You are looking at 8-9 hours when it has a WQHD display.

Lenovo reduced the battery capacity of the X1 Carbon from a 57WHr to a 51WHr battery. This was done so that the battery will be able to fit in its slim chassis. Still, the Lenovo ThinkPad X1 Carbon has great battery life. It can last about 10 hours under normal usage.

However, the battery life plunges greatly if you have a high-resolution model. The WQHD can last 8-9 hours whiles the 4K last 6-7 hours on average.

It all depends on the resolution of the display which has a great effect on battery life. Full HD is the best option if you want the best battery life.

And the answer is the Lenovo ThinkPad X1 Carbon. Why? Because it offers better value. It has a better build quality, slimmer, lighter, great keyboard, better and brighter display.

Plus, the Lenovo ThinkPad T480s models which have maxed out configurations are similarly priced to the maxed-out Lenovo ThinkPad X1 Carbon. So it becomes pretty obvious which one to choose.

The Lenovo ThinkPad T480s has its place. And that’s if you want something more affordable. Since the base model is far more affordable than the X1 Carbon base model. And has great value for a budget laptop.