Kali Linux serves as the main OS when it comes to pentesting. White hat hackers use Pentesting to test the strength of a security system.

By knowing the weak points of a security system, you can make it stronger against cyber-attacks. This is one of the main reasons why major companies look for Pentesters.

To start Pentesting you need a laptop to install Kali Linux on. And you want to the best laptop you can get your hands on.

In this article, we list the best laptops for Kali Linux. 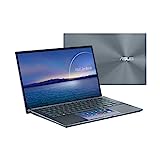 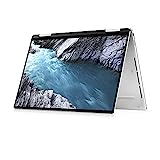 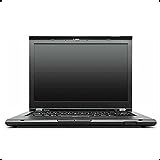 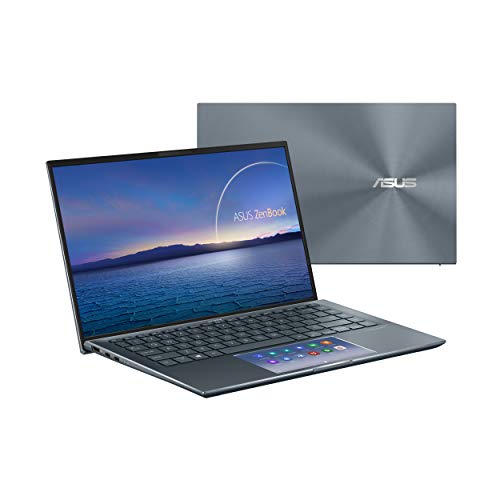 When it comes to great value laptop, the ASUS ZenBook 14 is the best laptop for Kali Linux.

In addition, to its smooth and shiny finish. The ASUS ZenBook 14 looks and feels professional.

Performance is also not lacking. It has an Intel Core i7 processor, 8 GB of RAM and 256 GB SSD. Enough performance to handle your everyday tasks.

Apart from performance, it is also very light and slim. Battery life is about 6 -7 hours which is quite decent. And depending on how to tweak the setting. You can get an extra hour or two.

Overall, the ASUS ZenBook 14 is one of the best laptops for Kali Linux because of its performance and lightweight.

It is a rigid and robust ultrabook that will last a very long time and still be able to perform. 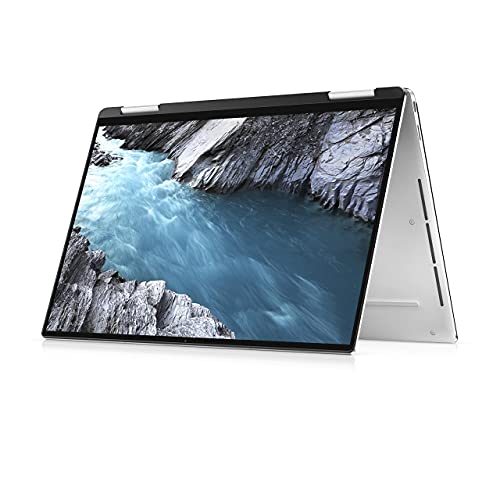 Dell laptops are the best laptops for Kali Linux and that includes the Dell XPS 13.

The Dell XPS 13 is for Pentesters who want something small and compact, while at the same time has a solid performance.

This is a thin and light device that you can easily carry around. Powered by an Intel Core i5 and 8GB RAM. It has enough power for running Kali Linux and multitasking.

The laptop is also well-built thanks to its anodized aluminium body, so you can expect to use this for a few years.

The display is a 13.3-inch Full HD (1920 x 1080) InfinityEdge, a beautiful display with thin bezels. It is bright, vibrant and has great viewing angles.

Colour accuracy and reproduction are also above average. In short, the display fantastic.

Battery life is fantastic being able to last 11-12 hours under consistent use.

The only downside about the Dell XPS 13 is the fact that you need a USB dock because of the limited port selection (Thunderbolt 3 ports only).

Overall, the Dell XPS 13 is a beautiful piece of machinery. Small, compact and easily fits into your bag. A solid laptop to consider when looking for the best Kali Linux laptop. 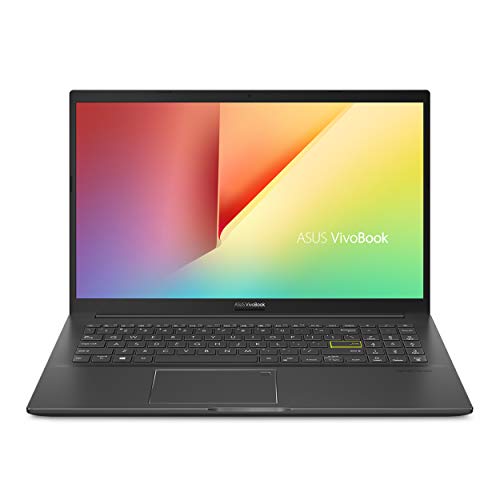 The ASUS VivoBook 15 is another best value laptop for Kali Linux and Pentesting, a lightweight laptop that you can easily carry around. And its price-to-performance ratio gives the best bang for the buck.

The performance is more than enough to run Linux. Thanks to its AMD Ryzen 7 and 8GB RAM. You also have 1TB SSD for fast boot-up speeds and data transfer.

The display on the laptop is decent. Good brightness and sharpness. The viewing angles are not so great though, but it is not a big deal.

Battery life is decent. The ASUS VivoBook 15 is able to last 6-7 hours under consistent use. You can get 7-8 hours if you tweak certain settings.

To sum it all up, the ASUS VivoBook 15 is a great value laptop. And the price-to-performance ratio is one of the best. This makes it one of the best laptops for Kali Linux. 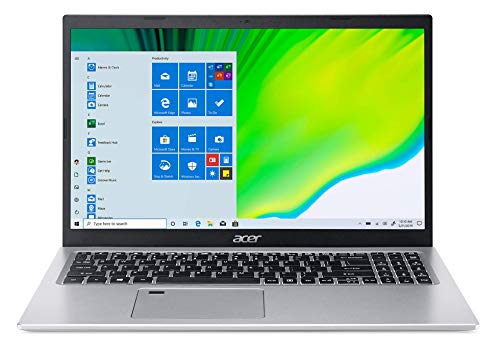 If you are on a tight budget, you should consider the Acer Aspire 5, the best cheap laptop for Kali Linux and Pentesting that will get the job done.

Keep in mind that since it is a cheap laptop, there will certainly be some compromises. And for the Acer Aspire 5’s case, it’s the fan which is loud.

Furthermore, although the display is decent, it isn’t bright and the viewing angles are not so great because this teaching with this laptop should be done indoors not outdoors.

The good news is that performance is more than enough for Kali Linux and Pentesting.

The laptop also has a good battery life being able to last 8 hours under average. It is also thin and light, making it portable and easy to carry around.

Overall, the Acer Aspire 5 is the best affordable Kali Linux laptop. It gets a lot of things right for a budget laptop and will get the job done.

A solid option if you don’t mind its not-so-bright display and loud fan. Highly-recommended. 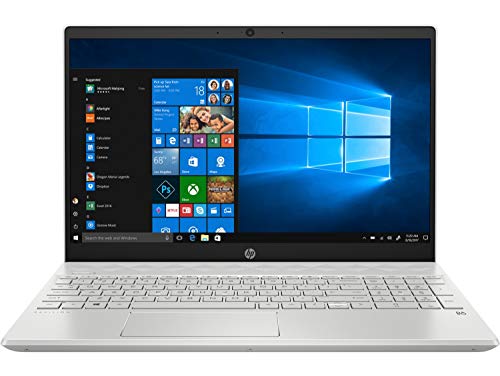 The HP Pavilion 15 is another best cheap laptop for Kali Linux. The overall design is great. A simple aluminium chassis that gives off a professional vibe.

Plus, it is a lightweight device. It weighs 4.5 pounds and it’s under an inch thick. This makes it perfect for travelling or moving around.

The performance itself is decent. An Intel Core i5, and 12GB RAM, enough processing power for Linux OS. You also have a fast SSD storage.

The display is a kind of mixed feeling. It’s a Full HD (1920 x 1080) with average brightness and viewing angles.

Overall, the HP Pavilion 15 is a laptop with solid performance and good battery life. One of the best laptops for Kali Linux. 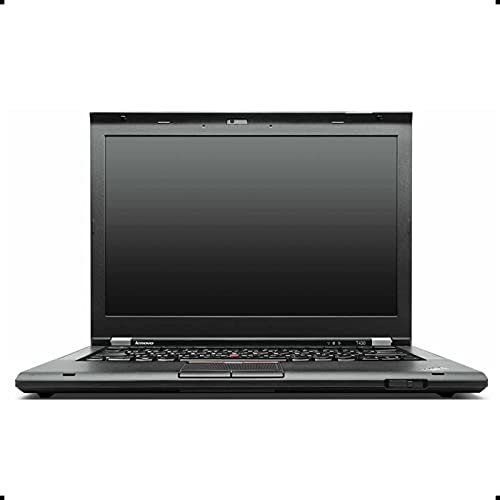 The Lenovo ThinkPad T430 value lies in the fact that it’s a very affordable laptop for Kali Linux and Pentesting. And the best part is because it’s so affordable, upgrading it won’t cost much.

This makes the best affordable laptop for Kali Linux and Pentesting when starting out. The build quality is solid and built like a tank. The main reason why it still exists in the market.

The laptop is powered by an Intel Core i5 processor, 8GB RAM, and 320GB HDD. Although the processor is old it is still capable.

And as mentioned earlier, you can easily upgrade the RAM and SSD. So, it is not a problem.

Just like most old or outdated laptops compared to today’s laptops, you will find that the display is poor. Laptop displays have improved over the years.

They now have higher resolution and colour gamut. If you think having a great display is a deal-breaker, then you will be disappointed with this laptop.

Fortunately, you can swap out the battery for a new one. That will give you at least 2-3 hours of use.

The Lenovo ThinkPad T430 is the best cheap Kali Linux laptop. It’s cost-effective, easy to upgrade, and built like a tank. Highly-recommended.

What Is The Best Laptop For Kali Linux?

The ASUS ZenBook 14 and Dell XPS 13 are the best Kali Linux laptops. They are both affordable and highly compatible with Kali Linux.

If you are on a tight budget. The best cheap laptops for Kali Linux and Pentesting are the HP Pavilion 15 and Lenovo ThinkPad T430. Solid laptops that will get the job done.

Here are a few things to know when looking for the best Kali Linux compatible laptops.

What Processor Is Best For Kali Linux?

Intel Core i3 or AMD Ryzen 3 is good enough CPUs to run Kali Linux. However, Intel Core i5 and AMD Ryzen 5 is recommended.

You don’t need a powerful CPU like the ones in gaming laptops to run Kali Linux. It just has to be decent enough.

The Intel Core i3 and AMD Ryzen 3 are more than enough to get the job done.

How Much RAM Is Required For Kali Linux?

The recommended amount of RAM your laptop should have for Kali Linux is 8GB. Currently, 4GB RAM is not enough especially if you are planning to run Kali Linux and Pentesting.

Also, it doesn’t hurt to upgrade your RAM when the need arises. But, as at now 8GB run is more than enough.

Doesn’t matter the amount of storage space. So far as it is an SSD, you are good to go.

SSDs are faster and better than HDDs because your laptop will boot-up, transfer data and launch applications faster than an HDD storage.

Unless you plan on working far away from a power source, 8 hours of battery life is the average and recommended amount you want a laptop to have.

All in all, 5 hours is the minimum amount of battery life your laptop of choice should have.

A budget is the first thing you should think about when getting a laptop because knowing how much you are willing to spend on a laptop is very important.

You will make sure you get your money’s worth and choose something that will meet your needs.

Using a separate laptop as a dedicated set-up for Kali Linux and Pentesting is a good idea and you need the best laptop you can get. Fortunately, we have already done the research for you.

That’s it for the best laptops for Kali Linux.