In this article, we compare two budget gaming laptops – ASUS TUF and Acer Nitro. Here’s everything you need to know about ASUS TUF Vs Acer Nitro. 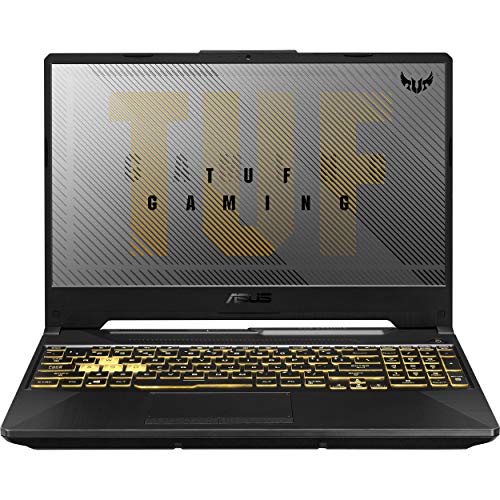 Not The Best Build Quality 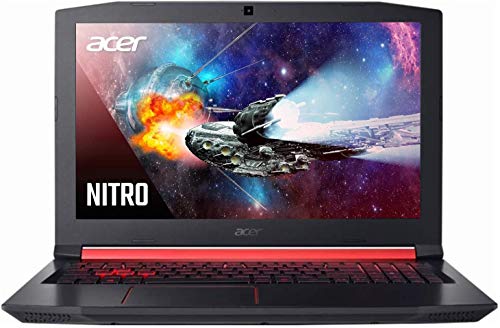 Display Lid Has A Lot Of Flex

ASUS redesigned the TUF and made it thinner and lighter than its predecessor – the ASUS FX504. It still has than similarities to the ASUS FX504. But, it looks better overall.

ASUS managed to shave off some weight and thickness. The ASUS FX505 weighs 4.7 lbs (2.13 kg) and an inch thick. Although it is still a thick gaming laptop. It is lightweight and you can easily carry it around.

Most of the ports are also found on the left side whiles the rest is on the right. The design is almost clean that is if you go with the Gold Steel colour. No red lines or streak are running around the body. Just an all-black colour with a muted logo.

The red fusion and red matter colours have few red lines running around its body. The display lid and keyboard deck are brushed and you might mistake it for brushed aluminium. If you look closely enough the ASUS FX505 design looks like a cross between its previous model and ROG line.

The build quality is not impressive. ASUS says its military tested. But, at its price point, you shouldn’t expect great build quality. It is completely made from plastic. And the display and keyboard area easily flexes.

However, the keyboard is RGB and for a budget gaming laptop is a great feature to have.

The ASUS TUF is easy to upgrade. Removing a few screws on the underside will reveal the internal components. From there, you can upgrade the RAM, SSD, HDD and WLAN card.

Acer also redesigned the Acer Nitro. But, not so much. It resembles the previous Acer Nitro and the red and black Acer Predator. The Acer Nitro does away with most of its red lines and streaks. A low-key aggressive look.

In addition to that, the corners of the laptop seem to be cut off. The only part of the laptop that has red accents is the keyboard, trackpad and the area under the display. Aside from that, red accents are nowhere to be found. The keyboard is backlit though not RGB but red colour.

The Acer Nitro also has black lines that run diagonally on the laptop and are parallel to each other. Overall, the Acer Nitro looks so much better than the previous model and the ASUS TUF.

For the build quality, it is made entirely of plastic. And as with most gaming laptops, the display has quite a bit of flex. The only good thing is that the rest of the laptop is sturdy. It also weighs 5.1 lbs (2.3 kg) and an inch thick.

Not exactly your thin and light gaming laptop. But, still far better than what gaming laptops used to be. You can also easily upgrade the Acer Nitro.

Opening it will reveal the internal components. From there you can upgrade the RAM, SSD, HDD and WLAN card. Two SSD slots allow you to take advantage of RAID 0. SSDs in RAID 0 have better transfer speeds.

The ASUS TUF rocks a Full HD (1920 x 1080) IPS matte display. There are no options for a 4K display. The viewing angles are good and the display has a slim bezel design. But, only on the bottom.

The display also isn’t bright. And so outdoor use will be quite difficult. Depending on the model, the display can have a refresh rate of 60Hz, 120Hz or 144Hz. The higher the refresh rate the better.

Because they reduce visual distortions – screen tearing, stuttering and ghosting. However, it doesn’t make sense to go with a high refresh rate. If the gaming laptop is not powerful. The colour accuracy is below average and so colours will look washed out.

Overall, there is nothing special about the ASUS TUF display.

The Acer Nitro has a slightly better display than the ASUS TUF. It has a Full HD (1920 x 1080) 15.6 inch IPS matte display. It has excellent viewing angles and sharp. It is also bright enough to be used outdoors.

The gaming laptop also has 60Hz and 144Hz display options. Colours accuracy is above average and so colours will look decent. The display also has a slim bezel design albeit only on the sides. You can also open the lid with one hand.

All in all, the Acer Nitro has a pretty average display. But, it is far better than the ASUS TUF.

High temperatures. Every gamer’s concern. It’s a known fact that high temperatures can cause thermal throttling, crashing and slowly damage your laptop. Gaming laptops are known to get notoriously hot.

Because powerful components are packed in the slim chassis. And both budget gaming laptops get hot. The question is which one is cooler?

The cooling system of the ASUS TUF is unchanged from the previous model. It has two vents in total. A large grill vent at the back that runs from right to left. And a vent on the underside. There are no vents on the sides.

Looking inside the laptop. The ASUS TUF has three heat pipes and two fans. Two heats pipes are shared by the CPU and GPU. And the last heat pipe sits on the GPU. The heat plates are large with the GPU heat plate being the largest.

Despite the few heat pipes and vents. The ASUS TUF manages high temperatures well. That is if you go with the Ryzen and Intel Core i5 models. The temperatures are not so high to cause any thermal throttling.

Still, the high temperatures will slowly damage it. Applying the thermal paste and undervolting it will at least reduce it by a few degrees. The reason why the Ryzen APUs do not run so hot is because of power consumption.

Compared to the Intel processor, it has lower power consumption and so doesn’t give off a lot of heat. But, at the cost of lower base clocks.

The Acer Nitro 5 runs hotter than the ASUS TUF. It has three vents in total. One large grill vent at the back that covers the entire length of the laptop, one vent on the right side and vents on the underside.

Opening the Acer Nitro you will see two fans located on one side and three heat pipes in total. Two of the heat pipes is shared by the CPU and GPU. And one heat pipe for the GPU. The cooling system is similar to the red and black Acer Predator. And that was a hot gaming laptop.

The Acer Nitro is no different. The Acer Nitro quickly gets hot especially during long gaming sessions. The good thing is that it doesn’t thermal throttle. The surface temperature also gets quite hot and uncomfortable when gaming.

Overall, the ASUS TUF does a better job at cooling than the Acer Nitro. However, undervolting and applying thermal paste will give you better temperatures and performance.

On a side note, the Intel variants are always going to run hotter than the AMD Ryzen variants.

And the most common configuration is the AMD Ryzen 7 and GTX 1660 Ti. The more affordable one has an AMD Ryzen 5 with a GTX 1650 or AMD Radeon RX 560X. The Intel Core configurations are not so common.

Upgrading the RAM of the ASUS TUF to 16GB dual-channel mode will vastly improve its gaming performance and performance as a whole. AMD Ryzen processors always receive a boost in performance when this is done.

For the Acer Nitro, you have 9th Gen Intel Core i5 and i7 options. And are paired with either a GTX 1650 or 1660 Ti. This gives the Acer Nitro better performance than the ASUS TUF.

But, at the cost of running at higher temperatures. You will get high FPS on AAA title games when playing on medium to high settings.

If you are looking for performance. Both are great options since they are pretty match even. But, if you want better temperatures and a great performance. The ASUS TUF will suffice.

Battery life and high temperatures are every gaming laptops weakness. The ASUS TUF has a 48WHr battery and it’s able to last 2-3 hours under normal use.

The Acer Nitro has a 57WHr battery and it’s able to last 3-4 hours under normal use.

ASUS TUF Vs Acer Nitro – Which One To Get?

The Acer Nitro is the better choice. It has a better build quality, performance, battery life and display.

The ASUS TUF, on the other hand, has better thermals, RGB keyboard and its much more affordable than the Acer Nitro. It’s a difficult choice.

But, the Acer Nitro has better value than the ASUS TUF. But, if you are on a tight budget. The ASUS TUF will suffice. 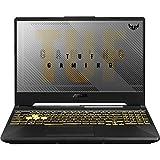